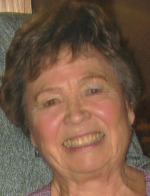 In Memory of
Jeannette M. "Jean"
Ziegler
1927 - 2018
Click above to light a memorial candle.
Memorial Candle Tribute From
Krueger Funeral Home
"We are honored to provide this Book of Memories to the family."
View full message >>>
Send Flowers
Menu

In the event that there is an error
in the information presented,
please contact the funeral
home by clicking here. 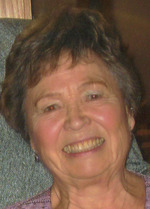 Jeannette "Jean" M. Ziegler, 90, of Beley Ave in Mattydale, died Wednesday, August 15th at Bishop Rehab and Nursing Center. Jean was a native of Cleveland, Ohio and resided in Mattydale since 1954. She was the daughter of the late Andrew and Ruth M (Phillips) Kohan.

Jean graduated Powelson Business School in 1946 and prior to retirement, she worked as a secretary for over twenty years at various companies including General Electric, Lennox Furnace Co., and Syracuse Governmental Research Bureau. Jean was a member of the Salina Civic Center and a communicant of St. Margaret's Church where she served as a Lector and a former Eucharistic Minister.

Jean was predeceased by her husband of 44 years, Richard "Dick" Ziegler, in 2012 and by her aunt, Mary Sedlak.

Friends may call from 4 - 7 pm on Monday, August 20th at Krueger Funeral Home, 2619 Brewerton Rd., Mattydale. A Prayer service will begin on Tuesday, August 21st at 9:30 am at the funeral home followed by a 10:00 am Mass of Christian Burial at St. Margaret's Church, 203 Roxboro Road, Mattydale, NY 13211. Burial will be in Assumption Cemetery, Syracuse.

To send flowers to the family or plant a tree in memory of Jeannette M. "Jean" Ziegler, please visit our Heartfelt Sympathies Store.