To share your memory on the wall of Elsie Bombard, sign in using one of the following options:

The gesture that can change the world

Provide comfort for the family of Elsie Bombard with a meaningful gesture of sympathy.

The gesture that can change the world

Dodie retired in 1988 after more than 10 years from Unifirst Laundry and Textile in Liverpool. Prior to that, she owned and operated the Bombard Grocery Store on the North side with her husband, Don, in the 1960’s and 1970’s.

In addition to her parents, Dodie was predeceased by her husband, Donald, in 2004.

Surviving are her three children: Delaine “Dee” and Doug Bombard of North Syracuse and Kevin (Carol) Morris of Marcellus; a brother, John Douglas of Croton on the Hudson; 4 grandchildren: Justen Nestico, Kristen and Eric Morris, and Scott (Heather) Ryan; a great granddaughter, Kassie Morris; and by several nieces and nephews.

Friends may call on Friday from 4:00 – 7:00 pm at Krueger Funeral Home, 2619 Brewerton Rd., Mattydale. Funeral Services will be held on Saturday, 10:00 am, at the funeral home with burial following in North Syracuse Cemetery.
Read Less

Provide comfort for the family with a meaningful gesture of sympathy.

We encourage you to share your most beloved memories of Elsie here, so that the family and other loved ones can always see it. You can upload cherished photographs, or share your favorite stories, and can even comment on those shared by others.

Posted Aug 29, 2019 at 04:40pm
Elsie, we will miss you.
You were a wonderful inspiration to us
for so many years. We have great memories of
you and Don.
Thank you for being so kind and loving to us.
Love,
Benny and Gary (your marshmallow)
Comment Share
Share via:

sorry for the loss of your mother my thoughts and prayers are with you and your family at this time .

Posted Aug 28, 2019 at 08:40pm
Delaine and Doug, So very sorry for the loss of your mother. She was a wonderful person and she will be truly missed.

Margaret Dydyk purchased flowers for the family of Elsie Bombard. 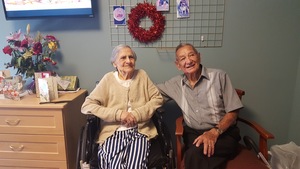 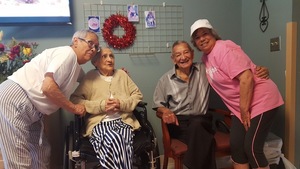