To share your memory on the wall of Robert Johnson, sign in using one of the following options:

Bob retired as an engineer from Lockheed Martin and the former General Electric in Liverpool. He was a member of the NRA Golden Eagles and the American Legion Post # 0001.

Bob was predeceased by his parents, Stewart W. and Wilhelmina (Bethke) Johnson and by two brothers, David and James.

He is survived by his wife of 60 years, Bobbie; their son, Wayne W. Johnson; and by a sister, Linda Vink of Michigan.

In lieu of flowers, contributions in Bob’s memory may be made to United States Navy Memorial at www.navymemorial.org.

Services will be private.
Read Less

To send flowers to the family or plant a tree in memory of Robert W. "Bob" Johnson, please visit our Heartfelt Sympathies Store.

There are no events scheduled. You can still show your support by sending flowers directly to the family, or planting a memorial tree in memory of Robert W. "Bob" Johnson.
Visit the Heartfelt Sympathies Store

We encourage you to share your most beloved memories of Robert here, so that the family and other loved ones can always see it. You can upload cherished photographs, or share your favorite stories, and can even comment on those shared by others.

Posted Jan 09, 2020 at 12:34pm
Bob, Kim, and Wayne were on the Island of Kwajalein with my family in the later 1970s; a 1.2 square mile island 2100 nautical miles Southwest of Honolulu, Hawaii. Kwajalein Lagoon is where many Intercontinental Ballistic Test Missiles from Vandenberg AFB in California are targeted. Every workday we would pedal our bikes to the airport for the 15-minute flight on a De Havilland Caribou short takeoff and landing aircraft to .085 square mile Meck Island where we installed, maintained, and operated a phased array radar built by General Electric in Geddes, New York. During lunch breaks, Bob and I would walk around Meck and talk of many things. I enjoyed Bob’s down to earth attitude. Bob collected colorful and beautiful bank notes from many countries; in the years that followed Kwajalein, Bob would mail examples of this artistic money to us. I always felt better because Bob was in our world.
Wayne, your eulogy about your Dad on your web-site is moving. Best to you and Kim.

Thank you Chuck - That was a great story to hear. Best wishes to you & family...
WJ

Posted Nov 13, 2019 at 12:16pm
It's been a week now since you've been gone...Me & Mom are doing our best with moving on like you wanted according to your plans... There's just so much to do...so much...I wrote a "tribute" on my personal site via the link below...As I said to you many times, I do hope there is an afterlife so that we can all meet again. Till then...Goodbye Dad...Me & Mom love and miss you so...

Posted Nov 12, 2019 at 09:47pm
Wayne, I'm very sorry to hear of your loss. I hope you and your family remember the good times, and talk often of your times with your dad to keep his memory and him always with you. Peace. Donna
Comment Share
Share via:
WJ

Posted Nov 11, 2019 at 09:05am
Condolences to the Johnson family. I knew your husband, father & friend for 7 years. He was my dearest customer at Uncle Bobs/Life Storage. I would look forward to him coming in every month and listening to his stories about life. He always made me laugh and his wit was never ending. He always had "words of wisdom" for me as he was leaving. You will be missed by me, my dear friend. Rest in Peace
Comment Share
Share via:
WJ 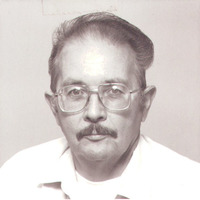