To share your memory on the wall of Helen (Kunz) Guiles, sign in using one of the following options:

Prior to moving to Richmond VA, over a decade ago, Peggy owned her own real estate title company, KP Abstract, in Syracuse, NY, in the 1980’s. She enjoyed the warmer climate of Richmond and got a chuckle whenever they got a whisper of snow that would shut the entire area down. Most of all, she was a loving mother to her son, Randy.

Her wishes were to be returned to Central New York and be interred at the Lakewood Cemetery in Cleveland, NY, with her parents who preceded her. Mother, Harriet “Jean” Kunz, passed in 1996, and Father, George Jackson Kunz, Jr., passed in 1982.

She is survived by her son, Raymond Andrew “Randy” Guiles and his wife Penny Guiles, of Mechanicsville, VA; a brother, Steven Kirk, his wife, Vicki, and their twins, Christopher and Lois, of Valley Village, CA.
Locally, she is survived by her brother, Richard George Kunz, and his wife, Terri Lavergne-Kunz of East Syracuse; uncle Robert Stanton, and cousin, Thomas, both of Clay, cousins: Kathleen Stanton of Hastings, Margie Smith of Saratoga, and Rebecca “Becky” Kopper, all of New Hartford.

Due to the prevailing issues with traveling, we will be postponing services until the Spring 2021 to ensure the family can get together.
Read Less

To send flowers to the family or plant a tree in memory of Helen Margaret "Peggy" (Kunz) Guiles, please visit our Heartfelt Sympathies Store.

There are no events scheduled. You can still show your support by sending flowers directly to the family, or planting a memorial tree in memory of Helen Margaret "Peggy" (Kunz) Guiles.
Visit the Heartfelt Sympathies Store

We encourage you to share your most beloved memories of Helen here, so that the family and other loved ones can always see it. You can upload cherished photographs, or share your favorite stories, and can even comment on those shared by others. 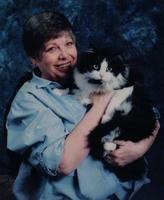